Crater lake was always in my wish list to visit. This summer one of my friend called me on Friday and said lets have a family outing in Crater lake area. We drove from San Francisco area and stayed at Klamath falls. We started pretty late next day from there as I did not want to deal with massive long weekend traffic. We reached there around late afternoon had some snacks at hut on rim. Kids had lot of fun. We spent good 2-3 hours and decided to come back to hotel around sunset.

While returning , I saw few photographers standing close to rim near a almost dead tree and stopped there. Boy it was a beautiful sight, it was some famous tree which is pretty popular among local photographers. I decided to stay there for sometime and shoot the last sunlight featuring the tree. 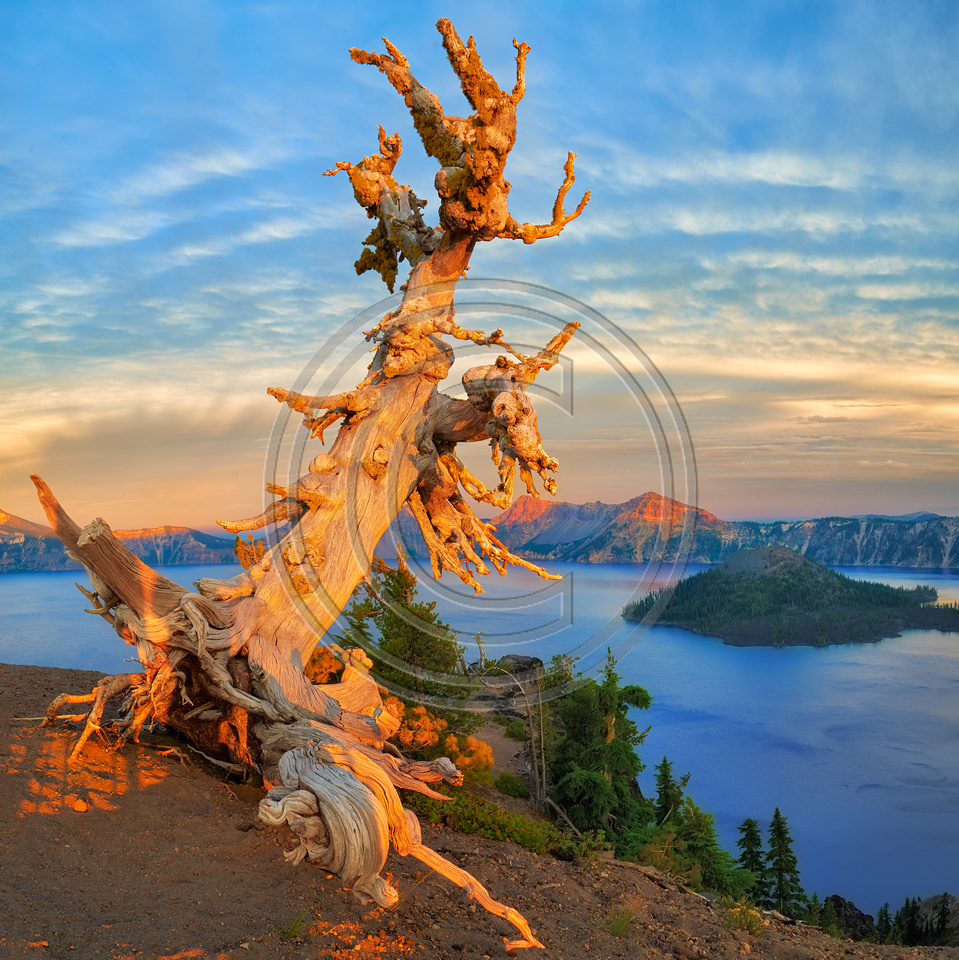